Excessive pumping can result in depletion of groundwater and land subsidence. Image from USGS Fact Sheet 2009–3057. 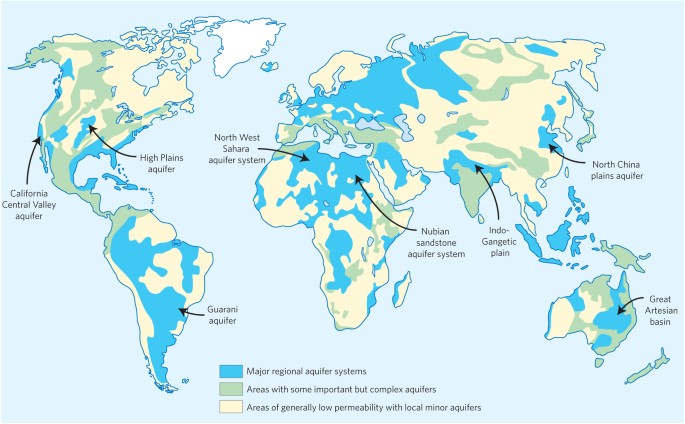 Aquifers around the world. Image from Nature Clim. Change, 2013. 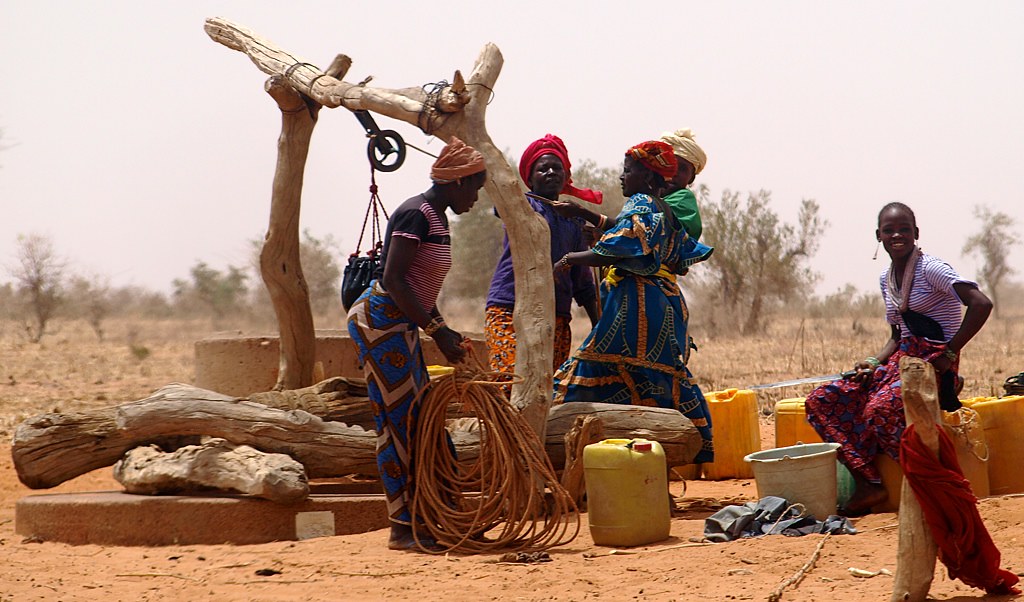 A very basic well in the savannah of southeast Niger serves as a source of water. Increased understanding of groundwater exploration can lead to poverty reduction and improved access to water. It enables communities to drill wells that provide clean water, develop and irrigate cropland, and to free women to attend schools. Photo by Focx Photography, Public Domain.

Groundwater is water that fills the pores in sediment or the cracks and voids in underground rocks. It is the world’s most extracted raw material and is regularly pumped from subsurface reservoirs of groundwater called aquifers via boreholes (wells) for use in farming, industry, and homes. Sometimes it can be found just below the surface. In other places, such as deserts, boreholes need to be hundreds of meters deep.

Groundwater represents 99% of the Earth’s unfrozen freshwater, and 2.5 billion people depend on groundwater for basic water needs. It is used for almost 50% of drinking water worldwide and is one of the primary sources of water used for irrigation.

Most of the world’s major aquifers are experiencing rapid rates of groundwater depletion, which threatens agricultural sustainability, food and economic security, and which increases political tensions that lead to civil and international conflict. These tensions exacerbate the inherent competition for groundwater resources between states and nations that extract water from the same aquifers, especially since there is a lack of policy to peacefully share groundwater across political boundaries. Groundwater pollution by natural and human-made chemicals is also ubiquitous.

The challenges associated with providing clean and plentiful groundwater are already severe in many places, and the challenges will become even greater and more widespread with population growth and changing climatic conditions, which affect groundwater depletion and quality. 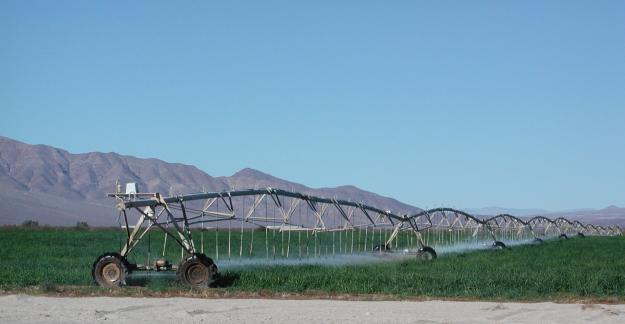 To much of the population it is an unknown entity. Therefore, in order to successfully address the groundwater crisis, groundwater knowledge must be shared. This need for greater awareness and understanding of groundwater extends beyond the public at large; groundwater management is a highly multidisciplinary challenge. As a result, knowledge sharing (that is, teaching and learning) is also needed by professionals within the groundwater community.

GroundwaterU helps to address this need.

There is a multitude of science, engineering, human health, environmental sustainability, policy, legal, and economic issues associated with groundwater. Increased awareness and education about groundwater is therefore critical. GroundwaterU videos cover a broad range of subjects, including the following:

You can help raise awareness of groundwater. Your intellectual contributions can make a big difference.

See how on the Add Video page »

Be a Video Contributor
Menu